It may seem odd to use the word cool when we’ve just experienced our warmest summer yet — an extended heatwave that made its way all across the state, the country, and even various part of the world.

Our organization, Climate Resolve, knows heat. This summer, we continued to push for innovative solutions such as sun reflecting solutions to cool down our heat-burdened neighborhoods. In June, we hosted Reflecting Sunlight: Albedo as a Means to Reduce the Greenhouse Effect, a webinar to raise greater awareness of the radiative forcing benefits of cool surfaces, and the carbon dioxide equivalent (CO2e) quantification thereof.

In July, along with our partners at GAF, Pacoima Beautiful, and community members, we were able to implement reflective material on a 10-block radius of streets, including a school and a park, where about 7,300 people live within half a mile.

We must continue the momentum for our health and climate resilience to create a cooler LA and beyond. . . which is why we want to see you in-person on Thursday, March 16, 2023 at our Coolest in LA gala.

This year’s Coolest in LA, our 10th gala celebrating local climate achievements, will be held at the LA Plaza de Cultura y Artes in Historic Downtown Los Angeles. It’s shaping-up to be our biggest and most glamorous event to date.

We’re excited to honor the following climate leaders at this year’s gala:

As always, there will be delicious food and drinks and a “great room” . . . a who’s who of Los Angeles.

For a look at last year’s event, visit the gala website — www.coolestinla.org — or check out our organization’s website if you want to read more about Climate Resolve’s recent accomplishments.

We’re excited about gathering to celebrate a better future together! 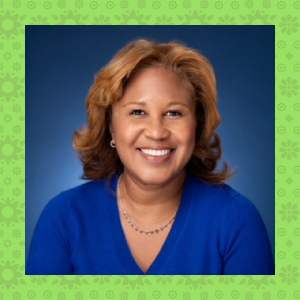 Kellie is a Partner at the public affairs firm, EKA, where she leads the health and social services practice areas. She has held distinguished positions in both the public and private sectors. Her training and background offers clients expert counsel on both a practical and legislative level. Her mastery of the field combined with her extensive relationships delivers exceptional results.

Before joining EKA, Kellie served as the chief operating officer for the National Health Foundation (NHF), where she oversaw the day-to-day operational and administrative functions of the organization. She has managed the health and human services practice for The Hawkins Company, an executive recruitment firm based in Los Angeles. While at the US Department of Health and Human Services, Kellie advised senior administration officials on fiscal priorities.

Locally, Kellie served in the administration of former Los Angeles Mayor Antonio Villaraigosa, as executive director of the Commission on the Status of Women. Kellie also has practical experience in public health, having worked as an epidemiologist for the Los Angeles County Department of Health’s sexually transmitted diseases program.

In addition to her professional career, Kellie is civically engaged and serves on the boards of Coro Southern California and Climate Resolve.

Kellie has a degree from Howard University and received her master’s degree in public health from the University of Southern California in 2003. She was an American Marshall Memorial Fellow in 2013 and a graduate of CORO’s Health Leadership Program.

She resides in Los Angeles with her husband and enjoys playing golf.

Andy Lipkis has spent his life crowdsourcing climate resilience, both coordinating flood emergency disaster relief and addressing long-term causes and vulnerabilities. At age 18, he founded TreePeople, and served as its president from 1973 to 2019. Lipkis is a pioneer of Urban and Community Forestry and Urban Watershed Management, the principles of which have spread across the world. He has consulted for Los Angeles, Seattle, Melbourne, Hong Kong, London and other megacities, helping plan for climate resilience and adaptation. With climate change impacts already creating a chronic emergency for cities around the world, Andy’s work has demonstrated promising new ways for individuals, communities and government agencies to collaboratively reshape urban tree canopy, soil, and water infrastructure to save lives and grow a more livable future. 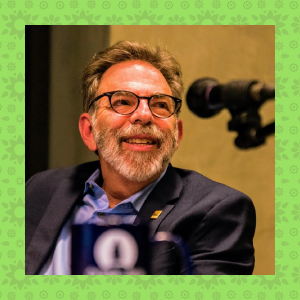 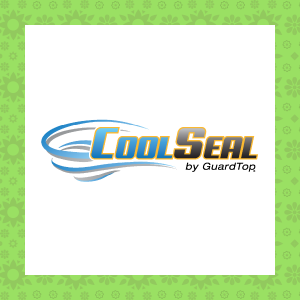 Since 1983, GuardTop® sealcoat products are among the best in the industry for appearance, performance and sustainability. GuardTop’s commitment to sustainability has guided the development of a high-performance asphalt-based sealcoat that is designed to achieve lower surface temperatures through its lighter color and reflectivity. CoolSeal by GuardTop® offers innovative, solar-activated engineering to deliver a higher performing, longer-lasting asphalt sealcoat for forward-thinking communities and institutions. Conventional sealcoats and dark asphalt surfaces absorb heat and energy produced by the sun, which results in higher surface temperatures that can reach in excess of 160 degrees Fahrenheit. CoolSeal by GuardTop® can reduce surface temperatures by 10 to 30 degrees Fahrenheit (under certain conditions) and creates safe and comfortable environments for people and animals.

Antonio Villaraigosa is a respected voice in American politics and a prominent policymaker with a keen understanding of America’s mainstream and emerging communities. Known for his exceptional skill at building broad bi-partisan coalitions, he draws support from the broad center of progressive Democratic and Republican voters.

Prior to his election as Mayor, Mr. Villaraigosa served as a member of the Los Angeles City Council from 2003 to 2005. From 1994 through 2000, Mr. Villaraigosa served in the California State Assembly as Democratic Whip, Majority Leader and Speaker of the Assembly. He was a member of President Obama’s Transition Economic Advisory Board, the 2012 Chairman of the Democratic National Convention and President of U.S. Conference of Mayors.

Mr. Villaraigosa also has served in academia, as a fellow at Harvard University and a professor in public policy at the University of Southern California. He was also a senior fellow at the Bipartisan Policy Institute in Washington, D.C. Additionally, he has served on the McGraw Hill Global Education Board of Directors, and currently serves as Board Chair of The Change Company.

He also serves on numerous non-profit Board of Directors including but not limited to UC Merced, AltaMed, and Peace Over Violence.

In August 2022, Mr. Villaraigosa was appointed to be the Infrastructure Advisor to the state of  California.

Mr. Villaraigosa is currently a partner and co-chair at Actum where he focuses on strategic and crisis communication consulting to senior executives in large public and private sector organizations. 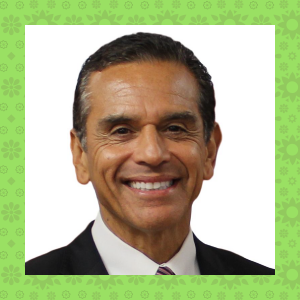 THANK YOU TO OUR SPONSORS

Thank you for joining us to celebrate our Honorees’ and organization’s accomplishments towards creating a just, equitable future! Your contribution directly supports cutting-edge strategies to combat the climate crisis.

To sponsor the event or purchase an advertisement in our awards journal, choose from one of the available benefit packages below:

BECOME A SPONSOR
BUY AN AD

COVID-19: Climate Resolve and our events team will be following of-the-moment COVID safety guidelines to provide our attendees with the most comfortable and enjoyable experience possible. We’re excited about gathering safely to celebrate a better future together!

*If you are affiliated with a nonprofit or a community member who is seeking a discounted rate on tickets, please contact Mayra at development@climateresolve.org or
(213) 634-3790 X405.